While studying The Plains Indians, we decided to make leather moccasins.  I’ve never worked with leather before, so I was a little worried on how we were going to do this, and what would be the easiest pattern and design for us to do.

I checked out many books form the library.  Here are some:

But at the end Lucas and Siena decided in a model they liked online.  It’s a Woodland Indian Center Seam Moccasin.  I found it online here. 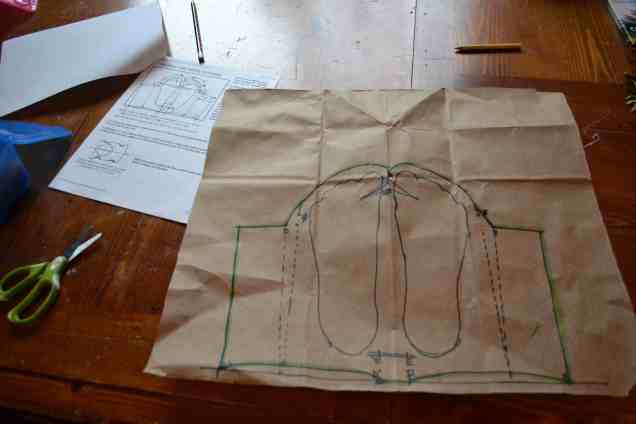 It took me a while to figure out all the measurement and dots and cuts, but at the end it all made sense.

After cutting the pattern on paper, we made a sample on felt (an old, felted, recycled sweater and coat) to try first. 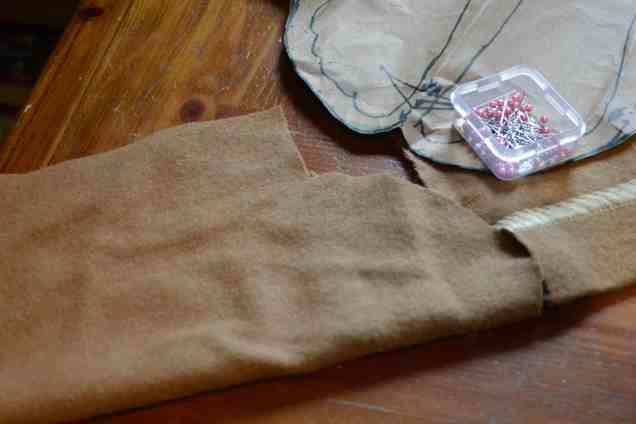 Siena and Lucas each made their own sample.

Siena has sewn before and she likes it.  But it was Lucas’s second big project he’s done lately. 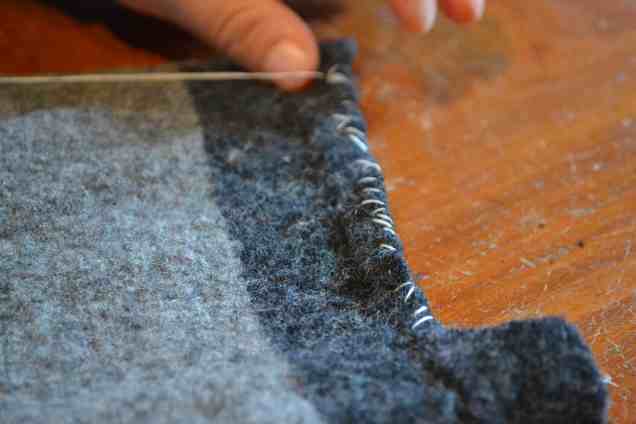 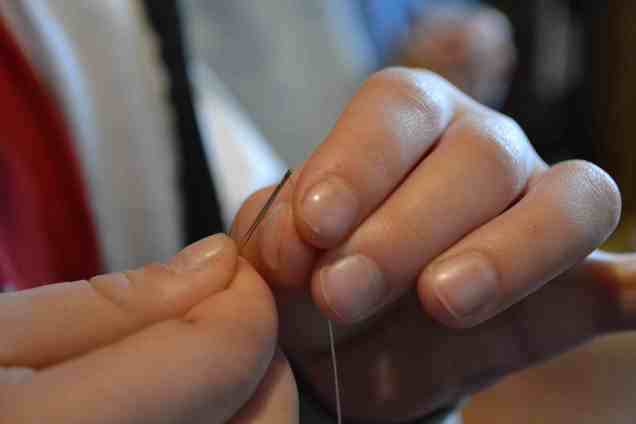 It was a little more difficult for him, but he liked it, and especially to see the end result.

After we made sure the sample fit them, we made changes and went to work with leather then. 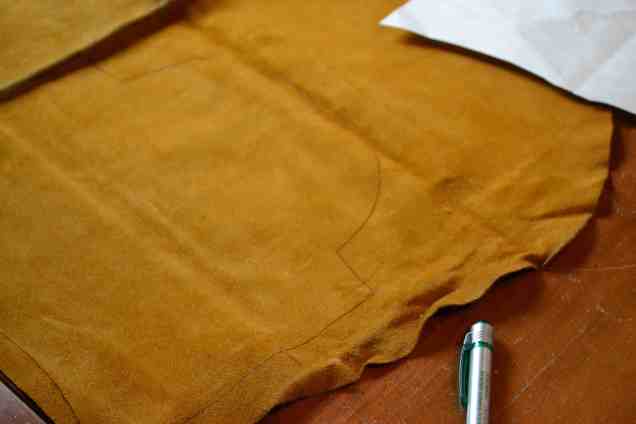 We copied the pattern on the wrong side of the leather, what was going inside.

Then we cut it with regular scissors.

Had artificial sinew on hand and leather needles to work with. 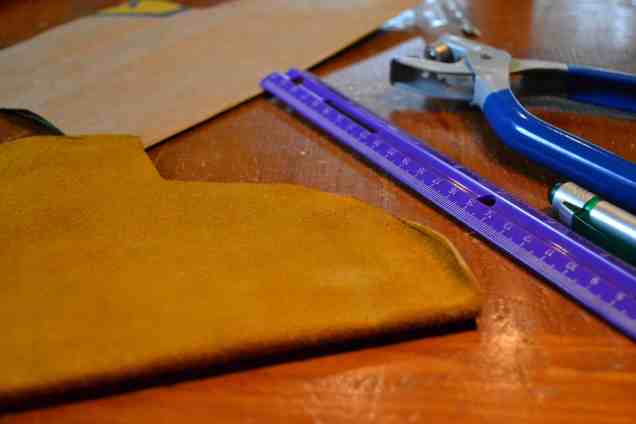 We measured about half an inch to make the holes to sew around the front and the back of the moccasin.

We punched the holes on the paper pattern first, and then we copied the dots on the leather piece.

Then, we punched holes on the leather so it was easier to sew. 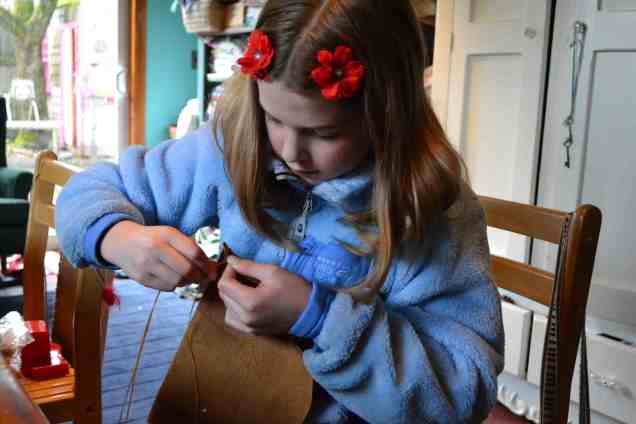 Siena had a thiner leather I found online, and Lucas had a thicker one we had around. Luckily we had enough of each for a pair of moccasins. 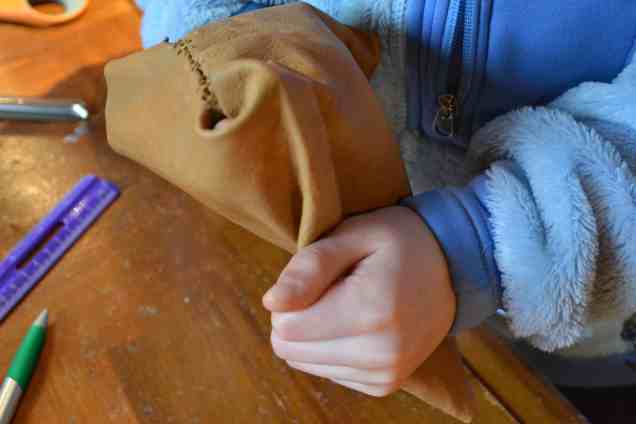 If we make another pair of moccasins again, I’d like to find more of the thicker leather we had for Lucas’s shoes.  It feels sturdier and that they could last a little longer.

Nevertheless, Siena’s moccasins turn out cute and she likes them. Almost like ballet shoes.

And I like the pattern she made in the heel tab.

Hi and welcome to our little space. I am Marcela, native from Chile but the Pacific Northwest is where I call home.

I have two kids that amaze me in one way or another and I am married to my best friend. We homeschool and feel that the world is our classroom. We share our stories here.

I started this blog when my family was going to India to live for 5 months, to have a place where friends and family could see what our adventure was like. And since then I've continued to share our days.

I hope you enjoy your visit and do leave us a message. We love hearing from you.
If you'd like to use any of my photos please ask me first.

You can reach me at NaturallyFunDays (at) gmail (dot) com.

Thank you for stopping by and enjoy!